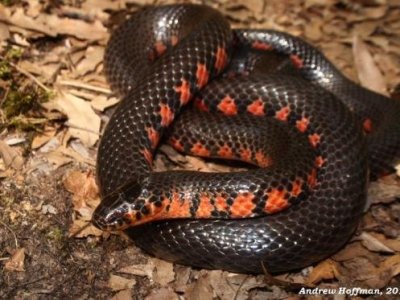 This snake is unlike any other in Indiana and may no longer be present in the state. Adults have glossy, smooth scales and are mostly black. Their underbelly is adorned with bright red blotches that extend onto the sides. The tail comes to a sharp point at the end and the head is indistinct from the neck. Though some adults have been noted at around six feet (1.8 m ) long in southern states, most adults are two to three feet (60 - 90 cm) long.

There is no other snake that looks similar to this species in Indiana. 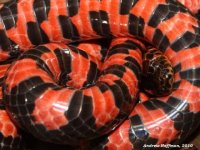 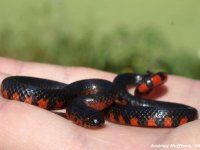 The Red-Bellied Mudsnake prefers swamps and lowlands where it feeds primarily upon salamanders, sirens, and fish. The Red-Bellied Mudsnake is commonly referred to as the “stinging snake” because of its tendency to press the sharp spine (at least on young snakes) at the tip of its tail upon the collector’s hand when first captured.

It is listed as State Extirpated in Indiana, although emigration of individuals from bordering states is possible. Missouri lists this species as state Imperiled. 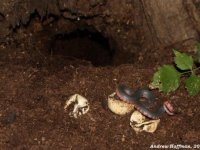 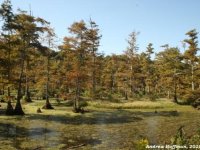 In Indiana, Red-Bellied Mudsnake are known from a single site and a couple specimens collected during the mid-1900's in Knox County. The swampland where they were collected has long since been drained and no additional snakes have been reported. If Red-Bellied Mudsnake still occur in the state, they would likely be in the cypress swamps of far southwestern Indiana. These uniquely aquatic snakes are highly specialized predators that feed almost entirely on sirens and live most of their life in swamps and wetlands, emerging only to disperse, lay eggs, and shed their skin.

Two subspecies of the Red-Bellied Mudsnake are currently recognized, but only the Western Mudsnake (F. a. reinwardtii) was once found in Indiana. These snakes are members of the family Colubridae, which is represented by a total of 28 species in Indiana. 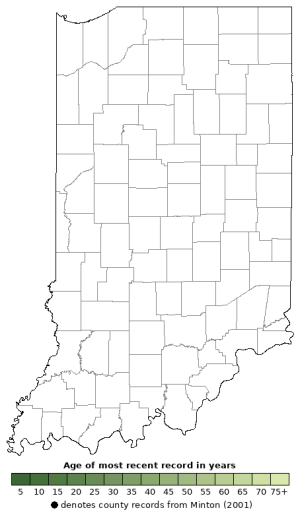